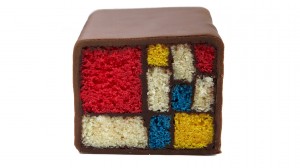 The UK Art Fund has just started a new fundraising initiative that will hopefully raise money for museums and galleries in the British Isles, but also get people into the kitchen!

Who needs to look at a finely sculptured duck confit when you could gaze at a De Stijl inspired slice of Battenburg cake and ponder about the reduction of the world around us to its rawest and simplest of forms?

END_OF_DOCUMENT_TOKEN_TO_BE_REPLACED 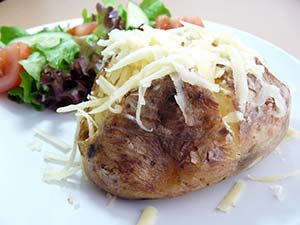 To round off our potato themed week of blog posts where we pondered if the perfect chip could exist, talked about chip week and genetically modified potatoes, and introduced the Bake-King Mini, it is time to round these past few days off with a tip or two on how to make some of the best baked potatoes around.

Chips may reign supreme, whilst mash is incredibly adaptable, but sometimes you can’t beat a great jacket; crisp, crunchy skin covering the white fluffy innards with a topping, gently melting over it.

It doesn’t get better than that.

END_OF_DOCUMENT_TOKEN_TO_BE_REPLACED

The nirvana of ‘the perfect chip’ 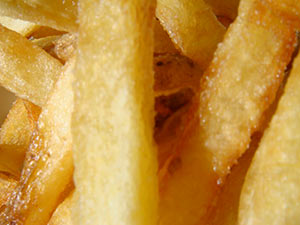 Given that it takes only two ingredients to make a portion – those being potatoes and cooking oil – it can be incredibly hard to come up with a recipe for the perfect chip.

Even with just two elements, chips can vary: Chip shop chips are dissimilar in taste, appearance and texture to the French fry, and the current favourite, double, or even triple, cooked chips taste different too.

Spuds can be split down the middle with those falling on one side of the dividing line, like Maris Peer potatoes, being waxy, whilst the varieties in the other camp, such as King Edwards, have a more floury texture.

END_OF_DOCUMENT_TOKEN_TO_BE_REPLACED 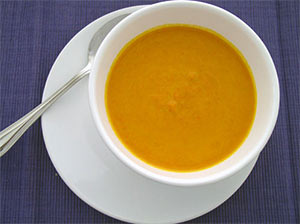 It is certainly soup weather at the moment.

On these gloomy – and being British, decidedly wet and windy – days, it often takes more than an alluring smell to perk up interests and inject a little spring in the steps of people who are feeling the ill effects of the endless horizon of grey clouds.

It is a time of year when the family meal would often consist of hearty foods: stews, puddings and casseroles, that kind of thing.

To preface most main Sunday meals a soup would be served.

In order to provide a little uplift in spirits, here’s a soup recipe that will immediately grab the attention of your senses and leave you with a lovely little fuzzy feeling (the good kind!) in your stomach.

END_OF_DOCUMENT_TOKEN_TO_BE_REPLACED

Fish fillets with rhubarb and ginger 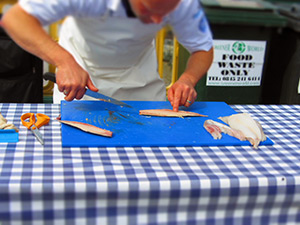 Cooking fish, inside a parcel of foil is a common practise in the kitchen. Not only does it saves time and labour when it comes to the washing up process, but it also ensures that all the flavour and aromas are secured, creating a mixture of  wonderful infusions.

This recipe uses a real local favourite of ours, rhubarb, together with its traditional flavouring companion of ginger.

Fish parcels with rhubarb and ginger

This recipe is designed to serve four people, whilst the preparation and cooking time is about 30 minutes. Perfect for those who don’t want have countless hours to spend in the kitchen!

END_OF_DOCUMENT_TOKEN_TO_BE_REPLACED 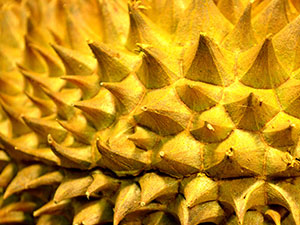 Revered for a pungent odour that has been likened, rather diplomatically, to raw sewage and a formidable thorn-covered husk, the Durian has unsurprisingly failed to make any inroads into the culinary habits on our shores just yet.

But, prepare yourselves; whilst the infamous south-east Asian fruit has been available in Great Britain for some time, a new, more repugnant variety is set to hit the shelves. Banned in many public establishments and spaces in Singapore, the Durian splits opinion; a bit like marmite only a lot smellier.

Writing in The New York Times, Thomas Fuller waxes lyrical about the fruit stating that ‘you’ll experience overtones of hazelnut, apricot, caramelised banana and egg custard.’ Yet, ‘words fail’ in describing just what lies inside the barbed casing. Others just point to towards its pong as reason enough never go near it.