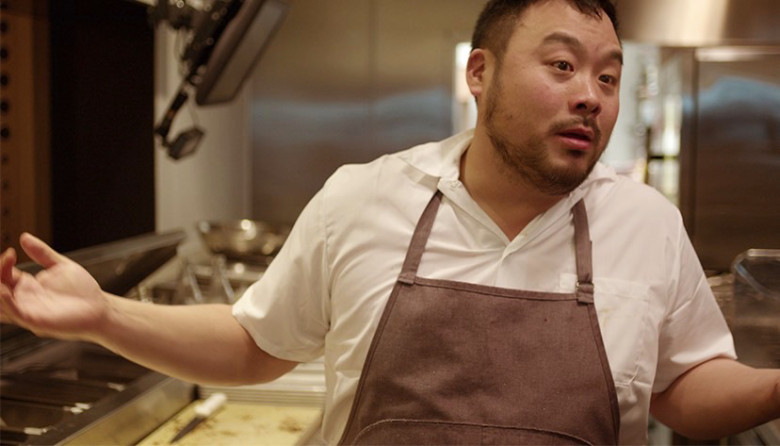 A new breakout show from the American web-media mega company, Netflix’s Ugly Delicious popularity actually poses quite a few key questions of caterers across the globe.

The crux of the argument brought forward by the show is: ‘Is the original always the best?’

It’s rife within the industry, and even more so with diners and customers.

Chang travels the globe to taste a range of ‘regional favourites’ revamped and reimagined by chefs and cooks.

The first episode concerns the sacred pizza, with Chang proclaiming that Tokyo does the dish like no other, a bold claim to be making about Italy’s almost sacred dish.

It’s a strange hybrid of food travel show, mixed with an appreciation for the unconventional approach to regional food that makes this such a compelling show.

Chang’s charm and willingness to question our own bias’ towards food such as in this initial episode reveal a lot of how we gain attachments to food and our own bias’ of what makes a ‘true’ version of a dish.

Pizza is a prime example of this – and probably why it was used as the first subject matter for this series.

It poses a major question of how we as caterers and suppliers of catering equipment define as the essence of a food.

We would have a very bad business model if we were to dictate who can make a specific dish or the ‘correct’ way to do so, instead we try our utmost to inform what we believe would be the ideal way to make signature dishes so that, you, as a customer can decide for yourself.

Now if you were to ask our sister site – Caffe Society – they might have a different opinion when it came to the ‘correct way’ to make certain coffees.

But as suppliers to thousands of professional bakers, chefs, butchers and more, we feel that breaking the mould and creating dishes that take cues from traditional recipes is an awesome way to differentiate yourself within a crowded marketplace.

If every Italian-themed restaurant made pasta and pizza the exact same way, then we probably wouldn’t have the wealth of choice that we have throughout the globe.

Traditional food should be lauded, but that doesn’t mean that fusion-dishes should be condemned.

“I view authenticity like a totalitarian state,” states Chang, early in the series’s very first episode, adding: “It’s not that I hate authenticity, it’s that I hate that people want this singular thing that is authentic.”

Authenticity doesn’t always breed creativity, and that is why we celebrate Netflix’s commissioning of ‘Ugly Delicious’ – let’s just hope that we get to see more food-fusion on the streaming network very soon!