Come and join our team as a Customer Service Co-Ordinator!

We are very excited to announce that we are looking for yet another member of our team to join our super cool Customer Service team!

If you want to be part of an ever-growing, yet tight-knit team then we would like to hear from you!

Based in Sherburn-in-Elmet, just a stone’s throw from Leeds, CS Catering is perfectly positioned to help you develop as a person and a professional.

END_OF_DOCUMENT_TOKEN_TO_BE_REPLACED

How one Indian buffet is tackling their food waste

It has been a common theme over the past couple of years, but Britain’s food waste has reached tipping point.

So much so, that after noticing their food waste increasing to an eye-watering 600kg per week, one Dundee-based Indian buffet has decided to impose fines on wasteful customers.

Could this be a great way to help reduce the waste in buffets up and down the British Isles? END_OF_DOCUMENT_TOKEN_TO_BE_REPLACED

Be Food Smart campaign aims to decrease our ever-increasing waistlines

Public Health England under the guise of their Change4Life branding, has launched a campaign to help us work out just what exactly we are eating on a daily basis.

The campaign – dubbed Be Good Smart – includes a mobile application for both iOS and Android, and gives us an indication of how much salt, sugar and saturated fats are in our common food items.

With a particular focus on the children of Great Britain, it also provides easy and fun ways to help your children make healthier food choices… END_OF_DOCUMENT_TOKEN_TO_BE_REPLACED

END_OF_DOCUMENT_TOKEN_TO_BE_REPLACED

Food waste is a problem that plagues all areas of our food businesses, and not least the consumers that buy our produce, dishes etc.

The war on food waste is one that we can win though, as suppliers to the catering trade, we offer storage, preparation and other solutions to help you increase the longevity of all of your raw, cooked and cured foods.

A new app is now helping everyone benefit – even businesses – by allowing us to share food before it goes to waste. END_OF_DOCUMENT_TOKEN_TO_BE_REPLACED

With (literal) mountains of food going to waste each year in the United Kingdom, and having touched upon the amount of food waste that is occurring in our own homes and supermarkets, we as caterers need to take stock in a bid to curb this wastage, whilst saving ourselves money.

The UK frozen food industry is worth an estimated £8 billion, not only can we save money by using more frozen foods, but we can also bolster another British industry.

But why aren’t we using more frozen food within the service industry? END_OF_DOCUMENT_TOKEN_TO_BE_REPLACED 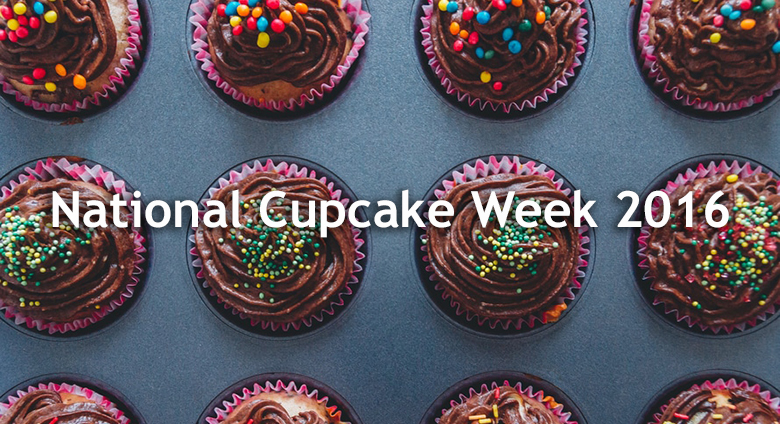 For those of us with a sweet-tooth this is one of the best but relatively unknown weeks of the year!

We’re helping to raise awareness of what we think should be one of the sweetest weeks of the year for all involved, and of course that is National Cupcake Week!

There has never been a better time to get into cupcakes!

END_OF_DOCUMENT_TOKEN_TO_BE_REPLACED

From the 12th to the 18th of September Red Tractor Week is a celebration of all things British, from vegetables to meats, to the very people who grow the fine produce that adorns our plates day-in and day-out.

Organised by the UK’s farming union– the NFU – the scheme has been developed to get more people aware of the quality British products available at our supermarkets.

It’s a celebration of of the best of British, and what could be better than that?

END_OF_DOCUMENT_TOKEN_TO_BE_REPLACED

Unfortunately as a species we produce too much waste.

Our food production methods can be very intensive and put a strain on our local environment and the planet. Climate change is a real problem and we as caterers need to try and help alleviate the climate strain.

Then what if we could rid ourselves of packaging entirely? What about if it was edible? END_OF_DOCUMENT_TOKEN_TO_BE_REPLACED

This is the big one people, our favourite food day of the year is upon us again and the brainchild of Mr Hyde — London’s guide to where to eat and drink in the capital.

2015 saw over 125,000 tweets and over 40,000 Instagram posts tagged with the hashtag #NationalBurgerDay. You need to get this in your diary. END_OF_DOCUMENT_TOKEN_TO_BE_REPLACED